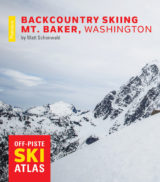 How does a solid 7500 vertical foot ski descent from the top of a steaming volcano, with views of Canada, the San Juan Islands, and the heart of the North Cascades sound? If this sounds like your kind of thing, Mount Baker is your kind of mountain. Mount Baker, originally known to the Lummi as Komo Kulshan, aka the White Sentinel, was first sighted by the Spanish in 1790. 2 years later Captain George Vancouver discovered passage into the Salish Sea and the great renaming began with giving Kulshan the name: Mount Baker, after his lieutenant Joseph Baker who was the first of his crew to spot the volcano. Locals discovered powder skiing in 1927 and the ski area opened in 1929. 90 years later passion to ride now is shared from Vancouver BC to Seattle drving up hwy 542 every weekend from November thru April to ride the biggest storms in the NW! The Mount Baker backcountry extends east to west from Mt. Shuksan to Mt. Baker connecting ridges of Shuksan Arm to Ptarmigan Ridge with expansive glaciers, powder bowls, technical couloirs, powder-filled glades and plenty of lower elevation trees. Many ski routes begin directly from the Mt. Baker Ski Area averaging the deepest snowpack in North America guaranteeing you can find fresh tracks somewhere. Park. Tour. Enjoy. 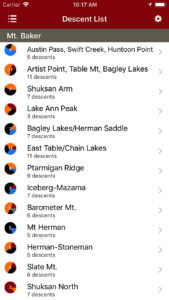 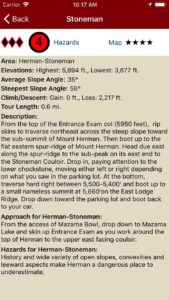 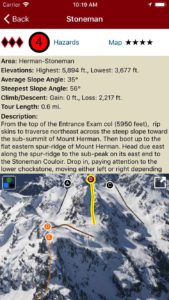 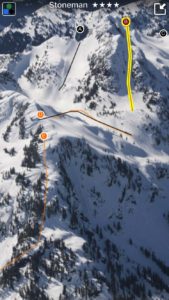 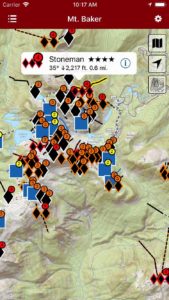 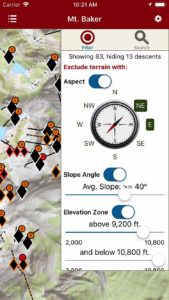 Search for terrain, or Filter based on critical information factors (like those presented in an avalanche advisory).