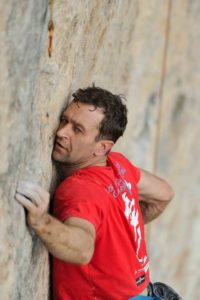 Andrew Hedesh has been establishing new routes across China since 2008. Upon his arrival in South China he immediately felt at ease with the local culture and place then soon called Yangshuo his home. Over the years, he has devoted his life to spreading the knowledge and appreciation of outdoor sports to the increasingly affluent Chinese population through instructional courses personal training regimes and continuous activity in the climbing community. Andrew has taken a leadership role with regards to climbing ethics and social responsibility; his next goal being that of steering the Yangshuo Climbers Association toward long-term conservation of access and stakeholder integration. 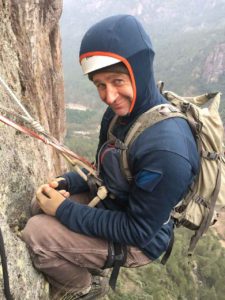 Andrew’s passion for Yangshuo stems from his background in environmental responsibility, deep admiration of nature, and respect for native ideals he learned while studying in Gunnison, Colorado. Although Andrew focuses on China, he can be found putting up First Ascents wherever the rock is virgin, but he also finds time to travel throughout the world while searching for the next location to satisfy his wild-side. By living in Yangshuo, Andrew has made firm connections to the local community. His original vision for Yangshuo Rock – A China Climbing Guide was to promote one of the best rock climbing locations in the world, since then it has turned into much more. Nearly 20% of the cover price is donated to the Yangshuo Climbers Association in an effort to improve the community and teach outdoor responsibility.