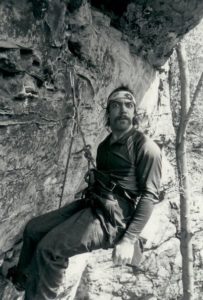 José Molina called Jon LaValley and asked if he wanted to go out for a drink. LaValley picked him up and drove them to a vacant lot. There they sat for almost a year. Sure enough someone came along and built a bar on that very spot. They went in and ordered the very first drinks at that establishment. Then LaValley burned it to the ground, saying “You should always leave things the way you found them.” 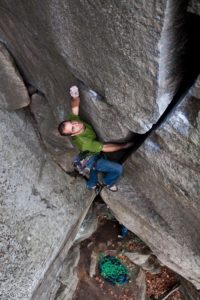 Jon LaValley’s first climbing experience was on the Gneiss of Rose Ledge at the age of 14 which sparked a 30year climbing career thus far, adventuring to other Valleys far from the Pioneer Valley, but always returning to cozy crags of home.