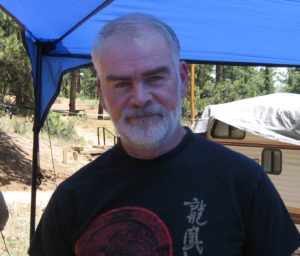 I’m Mike Gray, and I’ve been placing pro and clipping bolts for most of the last four decades. I’ve lived out of a backpack, a tent, and a series of vans and RVs, traveled light and repeated classic lines (and retreated from more than a few horror shows), from Virginia’s Old Rag to California’s jaw-dropping Yosemite Valley, Hueco Tanks to Rocky Mountain National Park. Working odd jobs, I’ve established 160 routes from the Blue ridge to the Rockies and the deserts of the Southwest; trad and sport lines, many done ground-up, in Virginia, West Virginia, Arizona and Colorado. 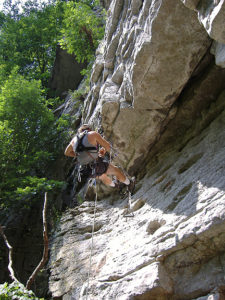 In 2008, I rediscovered the three lost and forgotten routes at Reed’s Creek, began developing Reaching Conclusions, and invited some friends to join the fun, building trail and securing access when the weather was too foul for climbing. Today, there are sixty lines at Reed’s, from 5.6 to 5.13+.