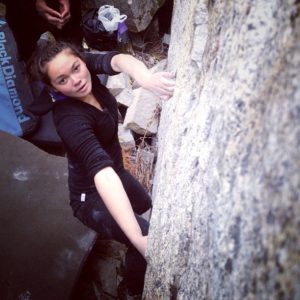 Sierra on Back to Building Blocks V4, Rock Gardens.

As a kid growing up in the Yukon Territory I was introduced to exploring the outdoors on an endless search for climbable rock, under the guidance of my father, Eric Allen. As a teenager living in Southern California, my dad was introduced to and became immediately captivated by the soul-nourishing art of moving up stone. That was in the 70s, right when bouldering really began to gain momentum on SoCal’s legendary granite. When he moved to the Yukon some years later as a young man, he was on fire with a drive for finding good stone. Since then, he has continued to be a strong force behind the discovery, development and community of Yukon rock in all its forms.

In the 90s my brother Ethan and a group of his friends began raising the bar, unable to resist our father’s perma-psych for touching the stone. They took the Ibex Valley by a storm putting up classic line after classic line. Eric and Ethan documented the area with the Yukon’s first guide sheet which they hand-drew and published in 2000. 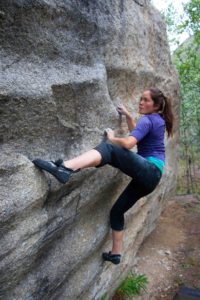 I started climbing and training seriously in 2004 when, sucked into the family passion, I too fell in love with the simplicity of bouldering. I was specifically intrigued by the explorative and creative qualities of development and first ascents. I have since branched out to also enjoy sport climbing, traditional and big wall climbing. I have put up over 60 boulder problems and sport routes between the Yukon and Costa Rica and have found and developed new areas in both regions. I’ve climbed a range from boulders to big walls in Canada, the USA, Costa Rica, Chile, El Salvador, China, Thailand, Greece and Guatemala. I am passionate about the creative process and and humbled by the mountains.