Buy or rent Tony’s City of Rocks rakkup guidebook here and save over 30% versus purchasing from within our app via Apple or Google. It’s exactly the same guidebook, but offered at a lower price on rakkup.com.

New York is not the City!.. every climber knows that.

Heralded by sport, trad, and even gym climbers as one of North America’s premier climbing venues… this place is loved by all. 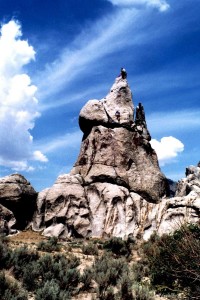 The bizarre shapes of every rock beg to be named… “It’s a chicken.” “No. It’s a Scottish Terrier. See the snout and tail?” This place could have been the backdrop to a Dr. Seuss book. The more time you spend in the City, the more confusing the names become. There are 2 or 3 names for most rocks here. 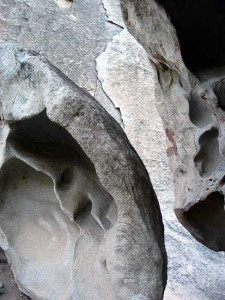 It took over 100 years and the government stepping in to finally settle on a name for the whole place. Silent City, Circle City, Ancient City, Rock City, Goblin City, City of Castles, City of Rocks, Valley of Rocks, Rock Basin, Chapel Rocks, Monumental Rocks, and Pyramid Circle were among the many names commonly used by everyone. In the end the government decided on the most generic sounding one of the bunch. But “Silent City” was actually the most widely used by visitors. One starry night here and you will know why.

A trip to the City is more than just a climbing trip. It is a camping trip. And any veteran will tell you how delightful the camping is here. It is convenient car-camping among the very rocks you came here to climb on. You won’t be crammed like a sardine in a noisy, paved loop. Most sites are relatively private and have nearby toilets. 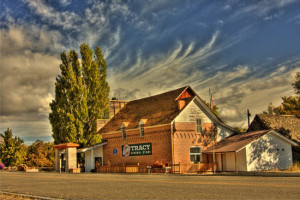 A trip here is a step back in time… geologically, culturally, and technologically. The fenceposts are tree limbs. The road is dirt. The signs are wood. The water comes from a well. And cell phone coverage is spotty. Good thing your rakkup guidebook app doesn’t need it.

The California Trail runs straight through the middle of the Reserve. If you think this place is bustling now, you should have seen it in 1852 when over 52,000 people pushed handcarts and 1,000,000 animals pulled wagons through here. You can still see the wagon wheel ruts and grease signatures they left behind.

Indian and emigrant legends mix with the tales of legendary climbers. Tony Yaniro climbed the still-unrepeated test-piece crack, “The Boogieman”. Greg Lowe tested the first spring-loaded cams in City cracks. And the City’s “Infinite” was widely regarded as the most difficult climb in the world at a time when difficulty was not measured solely by movement, but by the mental fortitude it took to lead a climb with little protection and no rehearsal.

The history of climbing in Idaho’s City of Rocks goes back to the early 1950s. It has been said the first thing to attract climbers here was the beautiful women. There is more than a grain of truth in that. Back then, in an effort to promote tourism, beauty contests were held on a stage set up on the west side of “Bathtub” Rock. Without a doubt some early first ascents were fueled by the angst of those pageants. 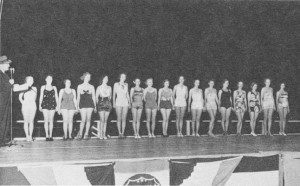 Beauty Contest at Bath Rock circa 1950 – City of Rocks Climbing

That may have been the initial impetus that brought strong men here. But beauty pageants are a thing of the past. Climbers of both sexes come here in droves now. Clamoring for holds they can wrap every digit around. The wildly gymnastic moves on the handlebar holds of routes like Colossus (5.10) take center stage on the back side of Bath Rock now. The shape of these holds defies everything our minds consider when we think of granite. No glacier polish. No featureless cracks. No oceans of holdless slab. 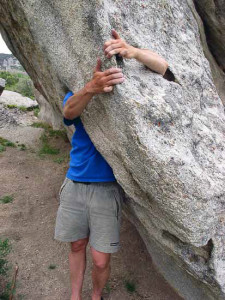 Tony’s new City of Rocks rakkup guidebook describes 200+ more routes than any other guide ever has. Nearly 1,000 routes in all and more updates are on their way.

Learn why you can trust Tony’s beta here.
City of Rocks Climbing History – by Tony Calderone was last modified: January 27th, 2017 by todd