Buy Derrick’s Hillside Dams Zimbabwe Rock Climbing guidebook here and save over 30% versus purchasing from within our app via Apple or Google. It’s exactly the same guidebook, but offered at a lower price on rakkup.com 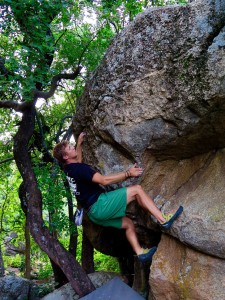 The Hillside Dams, once the principle source of Bulawayo’s water supply, are in easy reach of the center of town. Our own climbing and bouldering oasis little more than a hop, skip and a jump away.

Although distinct from the Matopo Hills, this area of broken kopjes and sandy open plains resembles the much larger, better-known World Heritage Site. Yet it lies within the Bulawayo City boundary. Its natural vegetation is still largely intact and it includes a wide range of bird life. It has to be said that there are more species of plants in the park than the whole of England. There are also many small mammals including monkeys, squirrels, rock hyrax and duiker. 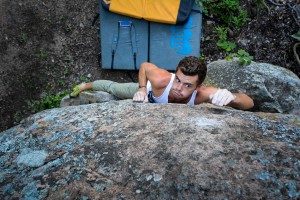 The area has attracted people since the earliest of times. It is not surprising that it was the location of one of King Lobengula Khumalo’s favorite royal villages to which he escaped when the stresses and strains of power at the nearby capital of Bulawayo were too great. In recent history it has catered to generations of Bulawayo residents seeking an accessible place of refuge and winding down. The newly renovated restaurant is becoming more popular and is a great place for a sundowner after a good session of sending. 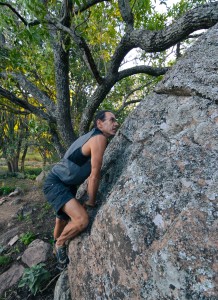 People have been climbing at Hillside Dams since the 90´s with the likes of Jeff Broome and Haedi Cunningham using the park regularly to keep in shape for the bigger rocks of the Matopo Hills and as a place to introduce those interested to the world of rock climbing. The bouldering potential was never really explored till after 2012. In 2014 Zimbabwe Rock Climbing (ZRC) was formed with the purpose of developing climbing and climbers in Zimbabwe. Hillside Dams with its position within the city and the potential for 300+ boulder problems (not bad for an area of 86 hectares/212 acres, a lot of which is the two dams) was chosen to be the focus of this development. Since the formation of ZRC there has been a frenzy of development including a dozen or so short sport routes and many dozen boulder problems. All of the climbing is easily accessible with most problems less than a 10 minute walk. 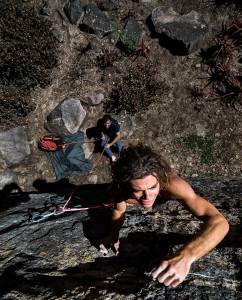 The dominant rock is Syenite. This coarse igneous rock is about 2.172 billion years old and is very similar to granite but is deficient in quartz. As far as climbers are concerned it looks like and climbs the same as local granite and is often referred to as granite. Bulawayo´s cool dry winters are the best time for climbing at Hillside Dams, while early mornings and late afternoons/evenings are still great during the warmer months.