Crystal after Killy was like Tatooine in Star Wars; sitting at the outer edge of the galaxy, oppressed by neglectful owners which resulted in a ski area with lifts that often left large amounts of skiers at the bottom of a broken down tower on a powder day. As a result, many locals of Planet Crystal shifted their pow harvest beyond the boundary via backcountry touring. At the time, Crystal boasted nearly five miles of boundary with few rules. So skiers came to mine the rich ski terrain and deep snow despite a desolate, almost decrepit lift system. Largely ignored by the ski media and the rest of the country, Crystal gained the notice of the Great Corporate Ski Empires during the 1st Great Corporate Shopping Spree when Boyne bought Crystal with the promise to bring them from Outer Rim of the Ski Galaxy and they did. New lifts and improved staffing accessed the often-closed North and Southback areas. Before long, images of steep, deep untracked pow drew attention to the place. Despite decades of touring and exploring, the sense of finding a run for the first time continues with the tradition of not naming every rock, chute and open face.

Buy digital plus book and the price includes $4.00 for shipping, a screaming deal! When you buy a bundle, you can use your digital rakkup guidebook immediately. 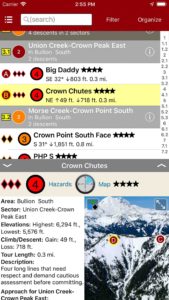 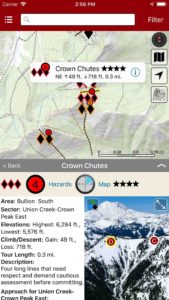 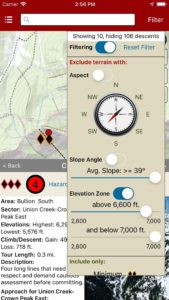 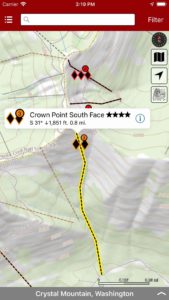 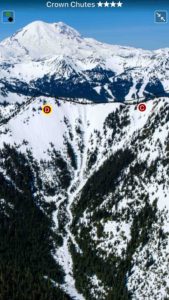 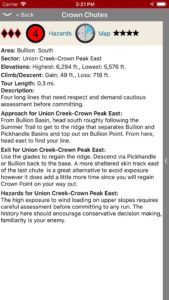