Most people don’t know what to expect from a visit to the Sultanate of Oman. In fact, many people would struggle to position Oman on the map. Certainly, most people won’t be expecting to discover a diverse country with high mountains, a long rugged coastline, and of course plenty of desert. Muscat, the capital, sits between one of the coastal mountain chains and the warm waters of the Indian Ocean. What’s more, the Omani people live up to their friendly reputation, held throughout the Gulf region. This new guide documents the fantastic deep-water soloing opportunities found along the Muscat coastline.

DWS has never been as convenient as it is in Muscat. You can literally take a taxi to the beach, swim to the rocks, and starts climbing straight out of the water if you wish. You don’t need any tricky logistics or specialist gear in order to start exploring these cliffs, although some planning and gear will allow access to the more complex sectors (and this guide explains how). With such easy access and friendly cliffs, Muscat is the perfect place to have your first DWS experience.

DWS can be done year-round, although the hot and calm early summer (April-June) and later summer (September-November) months are considered best by local climbers. There are crags and sectors for all conditions, sun and shade, sheltered and open, high and low tide. There are tall exhilarating faces, deep caves, expedition-like traverses and plenty of friendly low-balls. Over 200 routes and boulder problems up to V7 and F8a (5.13b) have been developed so far, with potential much for more.

The guide covers three main cliffs. Hire a boat from Qantab, a sleepy fishing village just outside Muscat, to access the tall and spread-out cliffs of Bar al Jissah. This area was the first to be developed, documented and published (thanks to Vincent van Engelen, Read Macadam and Jakob Oberhauser). The cliffs of Ras al Hamra are a short paddle from a downtown public beach and offer a friendly introduction to the sport, plus a few test-pieces. Nearby Qurum cliffs can be reached with a quick swim and provide several testing caves and shady faces to escape the hot summer sun. The new guide documents the latter two crags for the first time.

For a climbing trip unlike any other, try DWS Muscat. 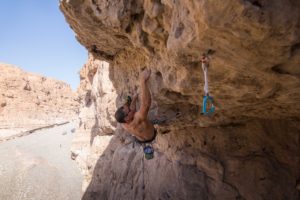 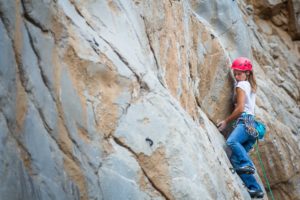 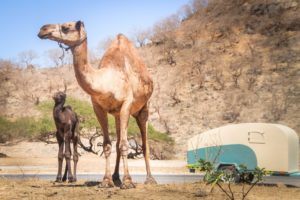 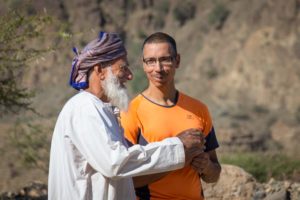